The process does not go on, gets stuck in one place: 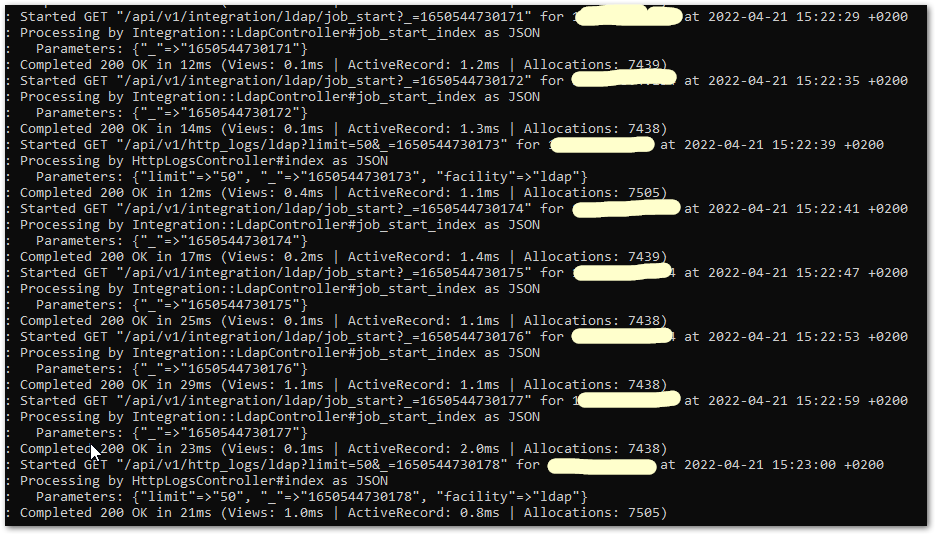 From the symptoms this looks similar to my old LDAP Configuration "Counting entries. This may take a while" never ends which unfortunately was never solved. We never managed to integrate Zammad into LDAP @work. I’m curious, if this time a solution pops up

Hey, thanks.
That is it, I waited for an about one hour but it didn’t stop. I had to destroy the job via rails and tried to configure LDAP Sync again and again with another settings but it didn’t work no matter what I did.
It’s very sad, I would like to implement Zammad at my workplace, but there are so many problems.

What kind of LDAP server do you use?

Are the values for Base DN and UID correct?

What kind of LDAP server do you use?

Are the values for Base DN and UID correct?

Oh, I haven’t seen one of those since several years.
Maybe someone else here has this combination up and running?

Oh, I haven’t seen one of those since several years.

It’s not my decision, I am just a trainee

Update:
I’ve installed Zammad one more time, this time via package. The migrate from OTRS was faster. And then I was able to integrate LDAP. I’ve used another DC-server, Windows 2016 and ist has worked without any problems.
I don’t know it was because of installation via package or of another server OS but the idea for another DC-server was very good. Thank you @TomGem !

It still doesn’t work for us. I’ll have to check if there alternative domain controllers available…