See how bad it is 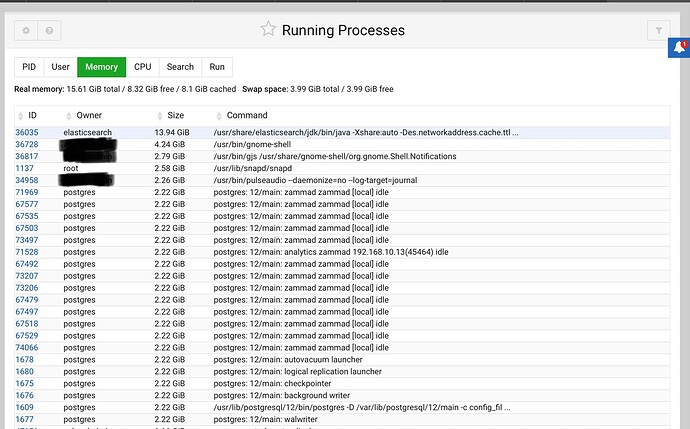 That seems like a beefy VM, but does it actually get all the CPU cycles from the host OS, or is it capped? It might also be slow due to CPU over-commitment on the hypervisor or combined with a very busy virtualization platform.

Another reason for feeling sluggish could be due to high I/O wait (slow storage), which isn’t visible on your screenshot. Maybe post the results of top or check the output of iotop for possible storage latency/bandwidth issues?

Thanks for taking the time to share your thoughts.
No the VM isn’t capped - on the contrary the physical machine has lots of unused CPU/RAM and it not limiting VMs. 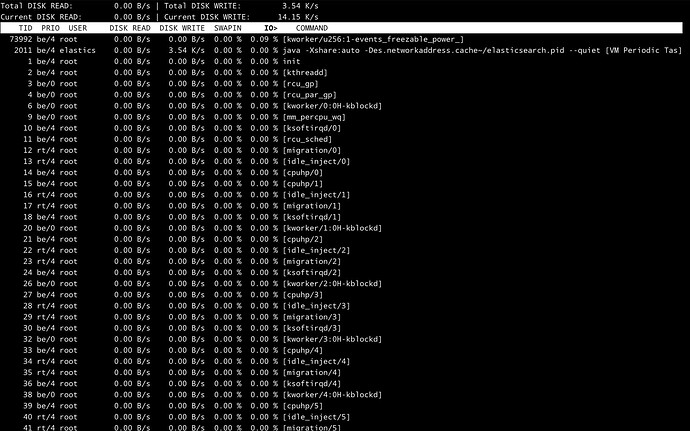 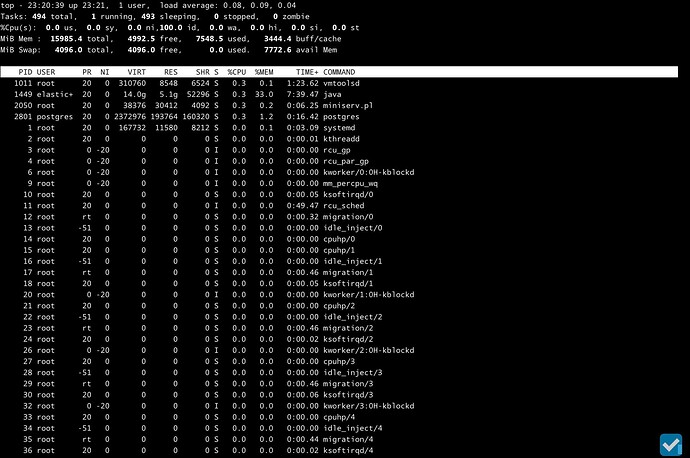 Can you see like me that Elasticsearch and postgre are kind of taking too much room on the memory?
I was also thinking about perhaps the system buffering more than needed (rely too much on the HDD buffer file as opposed to using actual RAM)

Again thanks for your help,
A.

Maybe this can help as well (Disk latency viewed from the hypervisor): 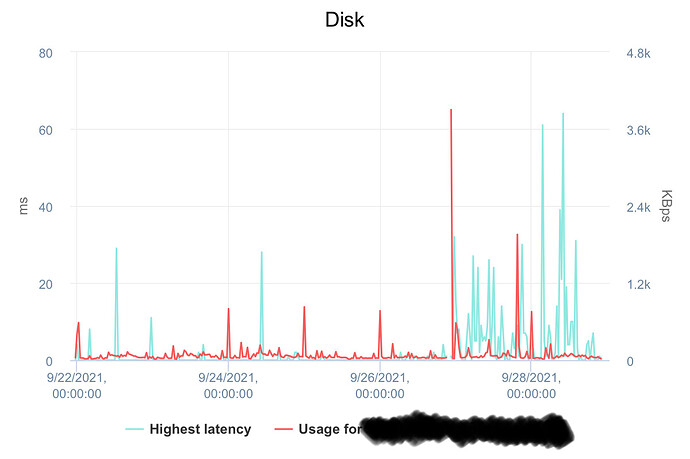 The top capture shows a system which is barely under load (but this is only a snapshot). The disk latency graph shows the problem (if I’m reading it correctly). The frequent ~20ms delays, with spikes to 40ms and up to 60ms would be very noticeable on the system and indicate storage performance issues. You should probably focus on that.

Thanks, I am looking into this on our NAS.
I wonder why Zammad is so sensitive to latency (our other services are running fine on the same setup) - is it because of Elasticsearch needing constant/frequent access to HDD?

Your performance may be poor if you haven’t tuned Zammad out of the box. This can become more apparent after you’ve hit a certain number of tickets in your setup, or simultaneous agents working on those tickets. Your really should look into performance tuning and start by gathering metrics on CPU usage, load, disk I/O, network traffic, etc. The basics. Monitoring the database might be a good start, as it is constantly being used on a busy system. If it is improperly tuned, most of that I/O might hit the disks instead of RAM, killing performance, unless you have a very high performance storage backend.

Thanks Dennis. We have ordered an MVNe PCI card to be used as buffer on the NAS. We’ll see how this affects overall perf.

To be honest my “naive” approach was that, because we only have 3/4 concurrent access, tuning wasn’t critical. But I’ll follow your advice and look into this after the NAS has been upgraded.

It could have been the end of if, but unfortunately the overall system is still very slow.
Here is my config: 16 Cores, 16 Gb of RAM, 500 Gb HDD

One of the most frustrating behavior is logging in the system, and having to wait 10s in front of a white page, before the Zammad GUI would show…

Any suggestion would be more than Welcome

What I’ve said before and what you seem to be ignoring: start by monitoring the basics. Start by graphing performance metrics over time, inside the OS as well as at the hypervisor level. I’m guessing your VM packs a bit of a punch, but the software just isn’t using all that power because it isn’t tuned appropriately. Adding RAM does nothing if you aren’t configuring your applications to actually use it. Giving the VM a lot of CPU’s does nothing if the applications aren’t instructed to start more worker threads to distribute the load. Performance metrics will probably point to a possible problem area to focus on, allowing for some quick wins.

I have the same impression: the power isn’t used by the VM.
Please see bellow the output of the database:

Thanks for your support,
A.

I have the same impression: the power isn’t used by the VM.

You may want to have a look into the tuning section:
https://docs.zammad.org/en/latest/appendix/configure-env-vars.html

And while you’re at it, as your configuration looks off compared to our suggestion, also have a look at our database configuration guide:
https://docs.zammad.org/en/latest/appendix/configure-database-server.html

Nobodoy can help you at that point. The Elasticsearch community may be the better sparring partner on that regard.