Remove or Rename Text in Ticket

How can I remove the default text field in the default ticket? Alternatively I want to rename it or move it below some of the other custom objects.

Since the text field is mandatory i think it’s not actually possible to remove it.
What’s your goal?

Goal is to organize the the fields in a better way to make the creation of the ticket more fluid. For example, start with the title, then select the category of the problem, sub category etc and then finally add some text.

For a more complex ticket creation i think (and that’s my opinion based on a relatively small experience on zammad) it could be better to rely on custom forms / api. Since it’s not possibile inside Zammad you’d be facing the customisation of Zammad core and it’d be a much greater effort than working on an external form.
At the moment i’m working with Google Forms but i guess you can make it work with about any form.

If you want i’ve linked a repository in this thread

Hello @Filippoc
please can you explain to me how you do to associate google form with zammad?

I’ve used this code in the “Script editor” of Google Form. (in the three dots drop down menu on the right) 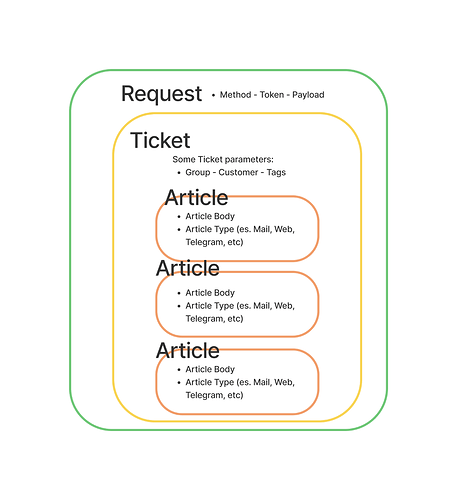 In this tutorial i’m documenting the procedure to create a ticket in Zammad, a ruby-based open source and free to use, ticket management…

Hi!
I’ve updated the code in avoid any issue that may come from a race condition meaning that if two users send a request from the same form at the same time.
In my earlier script i used the “last response” method. Now we’re using the e (event) object that is passed by the form.