We often merge tickets as our clients in some cases do not write their answer to an original email but simply sent another email with a different subject line.

For example: they have an issue with an order in their ERP system. They write us the case via email. We request an example or an order id. Instead of answering on that specific email, they forward us an email from their customer. This email has a different subject line and a new ticket gets created.

So, we than use the “merge” option to merge these two tickets. It works good for us but there are two minor issues. 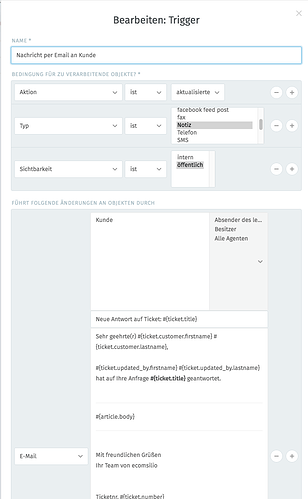 The client now gets an email saying:

Clients often wonder what this means. The solution would be to change the note from external to internal. 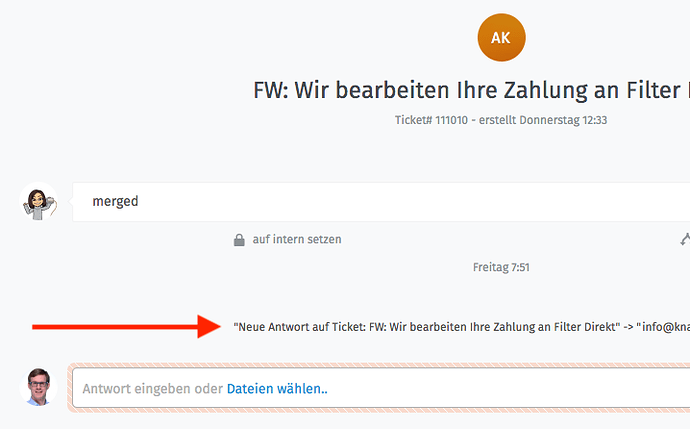 maybe it’s a good idea to include a condition for the state.
Everything but “merged” as example.

This should (as far as I can see) stop Zammad from sending a E-Mail on merging a Ticket.

Great tip. I guess that will do it for now.