Only the default values stay as specified in the Object permission. I switch the request to a different option (IT helpdesk) and all the objects for OneDrive/Drop Box access request show up for IT helpdesk (which they shouldnt) 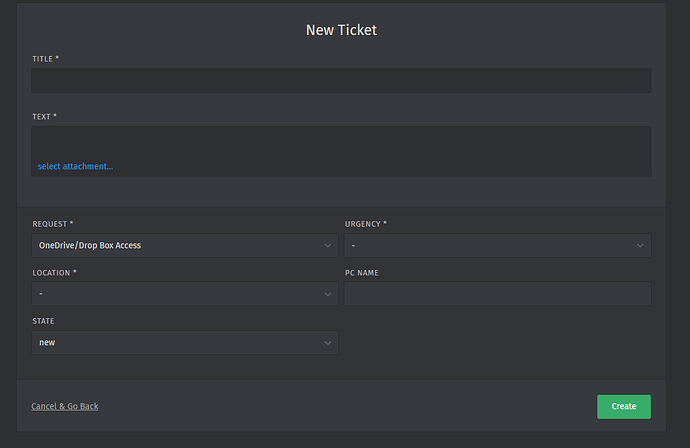 Any help with this would be appreciated. To give a broad overview of what I’m trying to do accomplish is to allow the user to specify what type of ticket they need to forward the tickets to the appropriate agents. So far, the interaction between Object permissions (showing/requiring) and trying to use the Core Workflow rules has not been as intuitive as I would have thought. Some cases being fields are there, but as soon as I type anything into any field and click out of the field, the custom objects disappear if they are not checked to ‘Show’ in their object properties, and the workflow rule makes them show up.

Other weird things that occur. If I set the Location object as not required in the Object properties, and I set Location set mandatory in the IT helpdesk Workflow, it initially shows as mandatory, but if I set Urgency, it becomes optional. I’m not sure if the object permission takes priority over workflow settings or not. 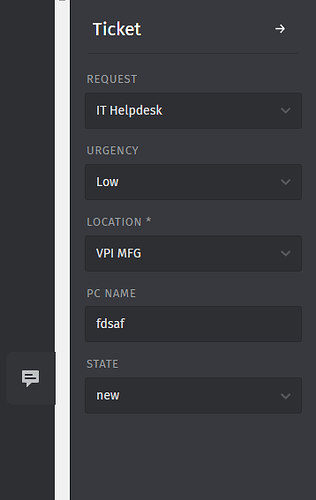 If you want Zammad to remove fields if a specific value is not set, you’ll need a core workflow rule that initially hides all fields before you check what to display.

You can also by default not display the object (that’s an object option you can use) and then just display what you need. That would spare you from the initial core workflow rule.

Thanks for the response. I rebooted the server and selecting the request type is now populating the correct fields.