in the current Zammad Version with only one group hierarchie the groups would have to be named:
IT_Departement_Network → for larger organisatiosn with several divisions and subdivisions I would have 50 to 100 groups. The assingment to a group would be more complex.

Users can be assigned to groups on stage two. 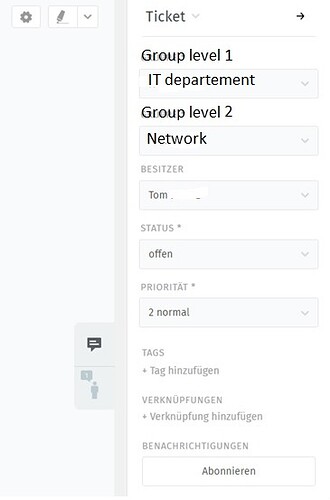 Looking forward to hear your feedback about this request.