Is it possible to assign or limit the shown groups in the Zammad web ticket creation form of the customer to specific groups only assigned to a organisation?

Thanks and have a nice day

you could build something like this with core workflows:
https://admin-docs.zammad.org/en/latest/system/core-workflows.html

Thanks for your reply. We’re using the OpenSource version until now and as we understand it, this is a commercial addon with a ton of additional features we would not be using. Perhaps it will be necessery in the future but for now only this limitation/restriction for this group box would be enough for us.

The core workflows are available since version 5. As far as I know there is no feature difference between the hosted version and the self-hosted open source version. 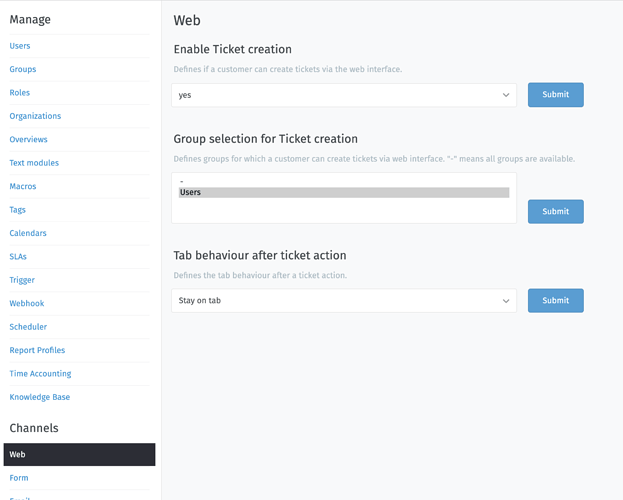 I also tested it with a zammad installation with 2 groups but didn’t see the groups-field in the web portal when I was logged in as a customer. So if that is the case on your installation, there might be some setting misconfigured.

If you want to limit the access to certain groups for agents (that belong to different organisations), then take a look at the roles for the agents. You can add an additional role for agents of the other organisation. 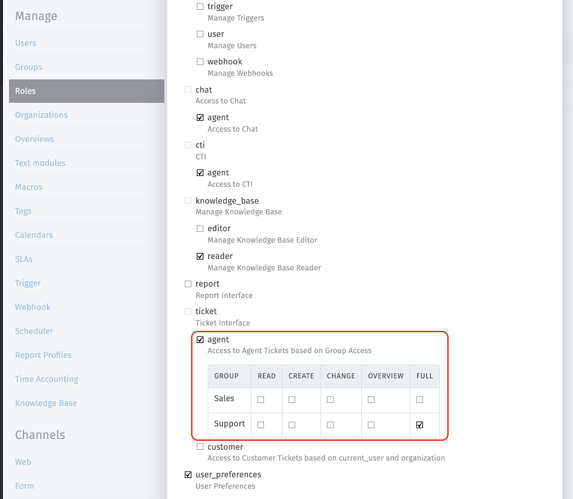 Thanks. Reinstalled it and it works now.