I’ve had several complaints about this from colleagues, and I’ve also seen the problem in action today. In the past we suspected that the issue is caused by replying to giant tickets (were the customer e.g. has copy-pasted a log file into his message, and the agent attempts to reply to this message) because Zammad’s character limit can be very confusing in that situation. But today I’ve definitely seen it while the colleague attempted to reply to a very normal message (26 lines, ~600 characters), and she could type everything but new lines. I’ve taken screenshots from the browser console, but I have no idea if the errors in the console are even related to the problem. So far I’ve been unsuccessful in my attempts to reproduce the issue.

Has anyone else seen this? 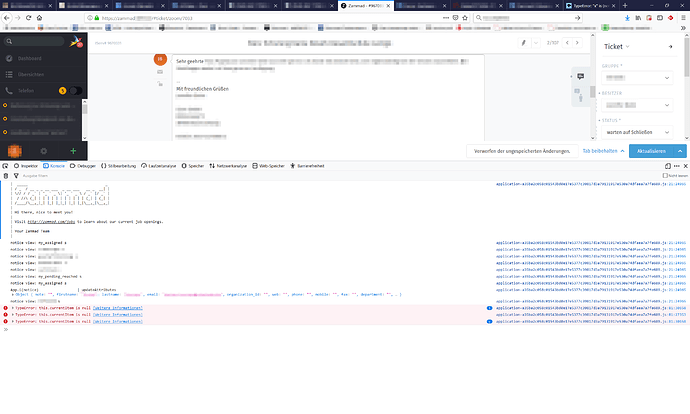 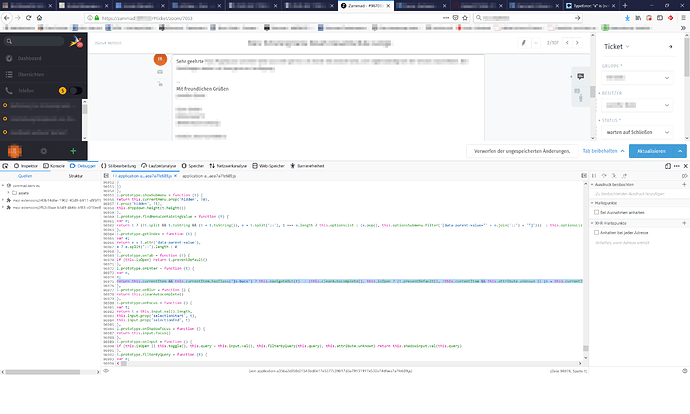 Yes I experience that one in veeeryyy rare cases.
I couldn’t find the root cause yet as well.

Solving it depends highly as well:
Sometimes Reloading the App is enough, sometimes I have to open in a new tab (second case is even rarer).

It only happened in Google Chrome on my end (until now)

Yes I experience that one in veeeryyy rare cases.

I’d estimate about once a week in the last few weeks, with 30 active agents, ~100 tickets per day.

Solving it depends highly as well:
Sometimes Reloading the App is enough, sometimes I have to open in a new tab (second case is even rarer).

Today reloading with F5 fixed it. I’ve gotten at least one report in the past where closing and reopening the tab didn’t help, and it only went away when the colleague rebooted her computer, but I haven’t seen it first-hand, and it seems suspect to me.