Merging two tickets sends status mail to ALL other agents 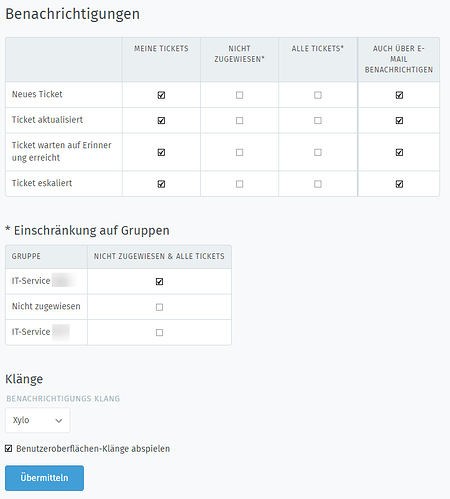 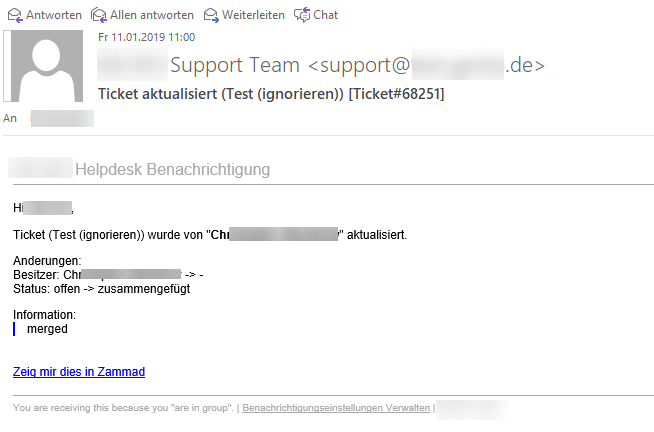 As far as I understand, you get this mail because the ticket is not assigned to someone anymore, but as the ticket is merged, there shouldn’t be a notification mail to all other agents of that group, right?

In my opinion, the merge-option could use some refactoring. 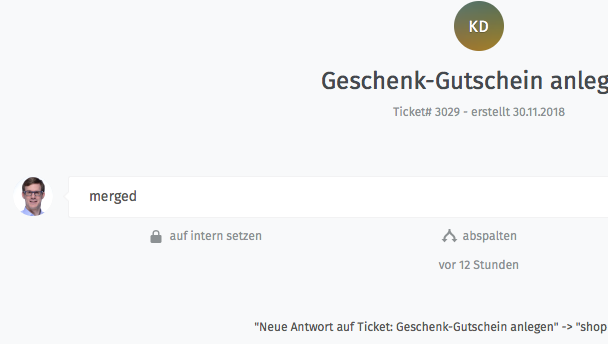 That’s absolutely correct.
From what I can see and guess it, that you’re simply merging a ticket with an owner into a ticket without a owner. In that case the ticket you merge to will keep it’s meta values - in that case it’s “no owner”.

In the moment you merge those two tickets, both tickets are being updated - this causes Zammad to fire a notification.

The notification shouldn’t be sent if you merge those tickets in exactly the different direction.

I can understand the irritation, basically the ticket number you merge to is the destiny which will keep e.g. it’s owner.

I made a small screencast that hopefully demonstrates it good enough, if not, feel free to ask

So I’m not allowed to set an owner first, alright.
But I agree with @ecomsilio, this could need a little rework. If the ticket has an owner and you merge it, there is no need to inform every single other group member ^^

If you merge the ticket in the “right direction”, there will be no notification.
Any change to any ticket without an owner will cause a notification to every agent being member of the group (at least within default).

Changing this for just merging would be unexpected behaviour - at least in my opinion.