Hi! I send an email through Outlook, having previously imported a public and a private certificate. The email is sent encrypted and signed.

When it arrives at zammad, it is unreadable. 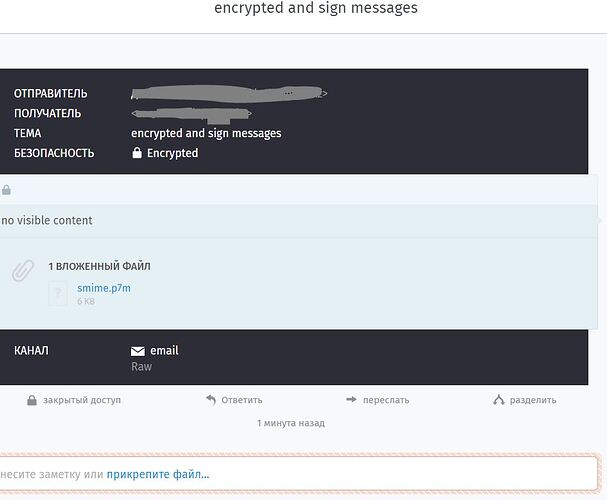 But if sent only encrypted (without signing), the zammad email is decrypted. 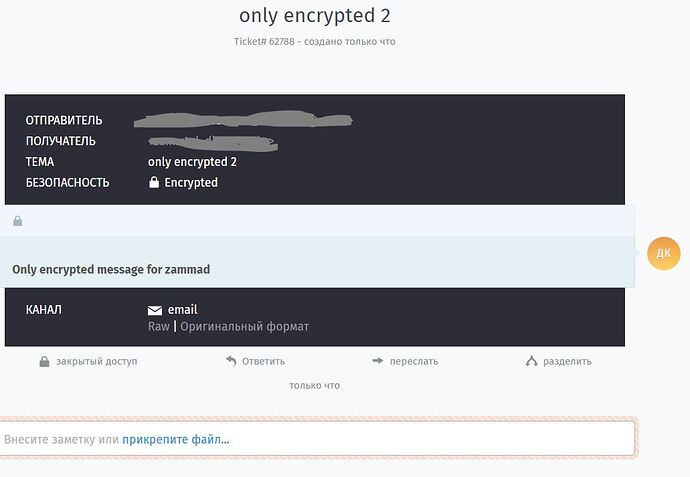 If you send it without encryption but only with a signature it will also be readable in zammad. 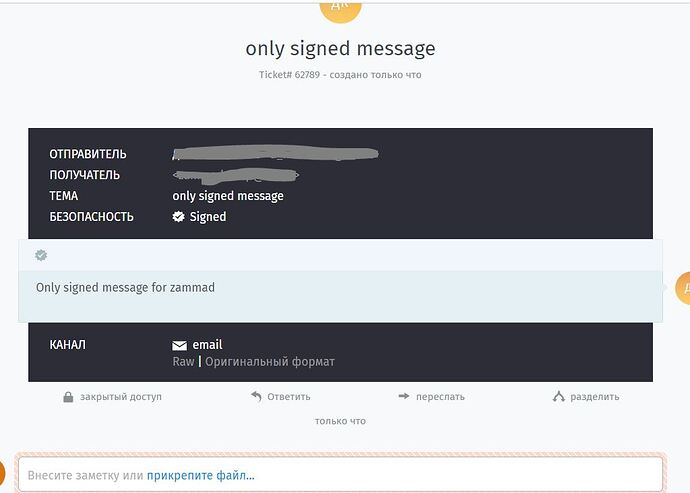 The problem is that if I send zammad with encryption and signing, the letter is not readable.
To check if the problem is not with the certificates I send the same e-mail (signed and encrypted) to another addressee who has Outlook and it decrypts there without any problems.
I attach appropriate screenshots from my system.

Does not decrypt signed and encrypted messages